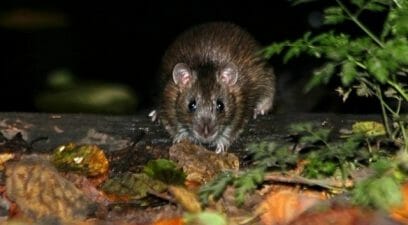 Characteristics of a Rat

We get asked “how do I know I have rats”, this blog is written to help. The brown rat (Rattus norvegicus), also known as the Norway rat have a thick body about 8 inches long. Their colour may vary from different shades of grey to brown with a lighter underside. They have a blunt nose and muzzle, their ears are close to the body and their eyes are small. The tail is shorter than their head and body.

Rats are capable of living in the human environment along side humans in towns, cities, villages and the countryside. They are able to adapt to the different environments without much difficulty and can travel great distances to find a ideal home.

Rats have a powerful social chain of command. The largest and strongest rats will get the best food and harbourage. A mating pair of brown rats can produce as many as 2,000 descendants in a year in an ideal environment. A rat matures sexually at the age of three to four months. Rats can live for up to 18 months, but most die before they are one year old.

Rats are fairly opportunistic feeders and they will feed on pretty much anything to survive. This however is not a problem when living in a human environment with modern society providing them with a wealth of resources. Norway rats often prefer high protein foods such as meat scraps or pet food but they will eat anything.

When living near humans, the availability of foods will drive a rodent’s habits. They often will travel outdoors and indoors taking advantage of many food sources such as bins, open food containers, animal food bowls, and they will even eat their own dead. Their feeding habits are destructive as well.

A rat needs water to survive but it can go longer than a camel without it. If rats are nesting in the garden then a good source of water could be a local pond, water features, bird bath or even something as simple as an up turned dustbin lid or puddle. The list is endless.

Rats are very clean animals and spend several hours per day grooming. This said, they are responsible for the transmission of many diseases and are known to transmit several potentially fatal diseases to humans, such as Weil’s Disease (leptospirosis), Hemorrhagic Fever and Hantavirus Pulmonary Syndrome to name but a few. Complications can include renal and liver failure, as well as cardiovascular problems.

Rat urine is responsible for the spread of leptospirosis, which can result in liver and kidney damage. If you have a rat infestation in the loft then you need to consider your water tanks and if they have covers on. The rats may be sharing your water source but also adding to it.

Rats have strong teeth and according to the Mohs scale of mineral hardness, they are harder than iron or steel this allows them to chew through concrete, brickwork, wood, wire, glass and metal objects. They do have to wear their teeth down and they do this by continuously gnawing on everything around them this can assist with identification.

How Do I Know I Have Rats?

The most obvious sign of a rat infestation is the presence of living rats both by sight or hearing them in the roof space or walls. Rats are secretive and prefer to hide and nocturnal by choice, so if rats are observed in plain sight, it is likely that a full-blown infestation exists. When space becomes limited due to increased population, rats are forced out into the open. This is also the case when there is a large population and the rats are competing for food source. Rat droppings may be present, indicating a healthy; feeding rat population but you will not always see them as they drop where they are comfortable doing so out of danger.

Norway rats live in burrows found in embankments, beneath the roots of trees, under sheds and decking and many other places affording security. Nests may also be found inside in lofts, attics, beneath floorboards, in cavities and in other dark, infrequently visited locations. Rats gnaw on materials to increase tight escape routes. The presence of holes and damage in floorboards and walls are clear signs of infestation. Rat teeth marks are large and rough in appearance.

Rats tend to follow the same route after they have been established. They have excellent memories and map their routes using command hairs on there body. Once they learn a navigation route, they won’t forget it and this is used automatically when they need to flight their enemy.

In an urban area, the rat’s primary enemy is the human however they are a good food source for many animals. Cats do have the ability to take on rats and many dog breeds are specifically conceived to hunt them but neither tend to use them as a food source as they are fed by their owners. There are other creatures that rely on rats as a part of their staple diets. Owls and hawks, members of the weasel family, and many large predators such as foxes eat rats. Rats will normally run away rather than confront a potential threat.

In the event of an infestation, it is recommended to use the services of a qualified pest controller. Once they have invaded the home, they are very difficult to get ride of.

How to Deal With a Rat Infestation

There are many different ways to deal with a rat infestation, there are various traps on the market but they only address the individual and will not prove effective with a large infestation. Additionally, rats tend to be wary of unknown objects in their established routes; this is known as neophobia, rendering many traps initially ineffective. Using poison has its drawbacks as well, not to mention the being dangerous for children and pets, when it works precisely, there is still the problem of the rats hiding themselves away and filling the place with a bad odour of dead rat. Also, there is the problem of immunity in some areas generations of rats can build up certain immunities to poisons over a period of time.