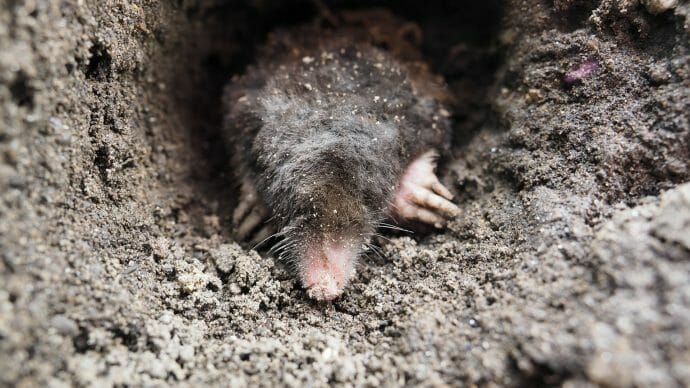 Suspect you have Moles?
Call in PEST-TECH

Did you know that moles can move 540 times their body weight in earth each day? Unfortunately for you, this means they will make light work of your garden, destroying your grass in as little as 24 hours. Without expert knowledge and professional equipment, getting rid of moles in the garden is an unachievable feat.

But don't worry! At Pest-Tech, our technicians are on hand to deliver effective and long-lasting mole control across Maidstone and the surrounding areas of Kent.

If you've noticed mole hills in your garden, don't delay! Call now on 01622 296055 or email the Pest-Tech team at admin@pest-tech.org to book your site survey and get rid of moles for good.

Pest-Tech are proud to be Kent’s number one mole control provider; having carried out hundreds of mole removals across the county in areas including Bearsted, Kings Hill, Sevenoaks, and Tonbridge, you can be confident in our abilities.

We will carry out a full survey of your land to discover all problem areas before using professional-grade mole traps to remove the pests. Once we’re confident your mole problem has been dealt with, we will help to proof your garden to prevent re-infestation. 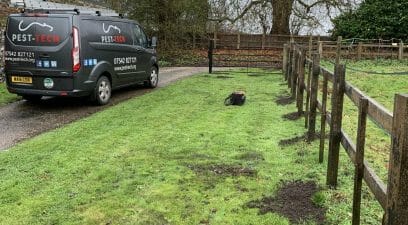 Signs of a Mole Problem

Mole infestations can be tough to identify as they typically spend most of their time underground. This means it’s incredibly rare for homeowners to spot the problem pests with their own eyes.

Instead, there are a number of telltale signs that you can look out for that will signify the presence of moles on your property. These include: 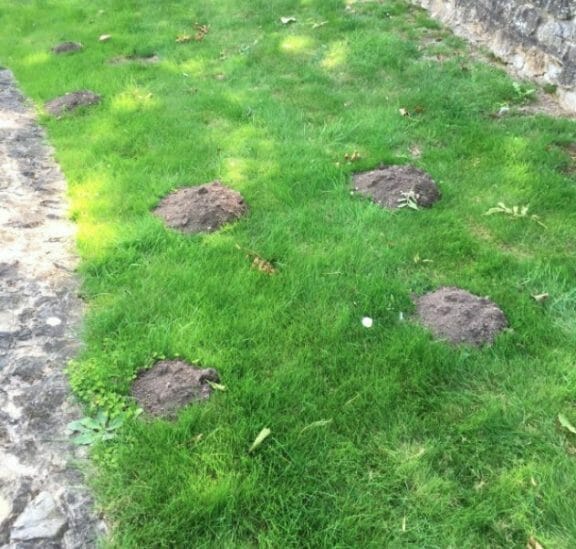 These signs may appear rapidly, out of the blue. Many of the homeowners we visit are shocked at just how fast moles are capable of destroying gardens!

If you’ve noticed any of these signs on your property, then it’s time to contact us as soon as possible to book your mole control treatment.

As we rarely see them with our own eyes, most people don’t know too much about these animals. Still, understanding them, their breeding patterns and behaviours can help us significantly when controlling them.

Overall, garden moles are incredibly reclusive creatures. On average, they live around three years, though some moles have been known to reach the ripe old age of 5. Female moles come into oestrus for only 24 hours per year, often during the month of March. This is why mole activity usually peaks around this time of year, with males coming to the surface to find a mate. Although they only reproduce once a year, the average mole litter consists of up to seven young, which means mole infestations can soon get out of hand.

Just one mole is enough to destroy your garden and all your hard work completely. Think of moles as the ultimate digging machines, capable of building an entire labyrinth of tunnel systems underground in a matter of days!

Typically moles will build two sets of tunnels, consisting of upper and lower runs. This is because moles survive on a diet made almost exclusively of worms. During the warmer weather, worms will move further underground, away from the heat. Moles will then use their lower runs to capitalise on the increased amount of worms. Then, during the colder, wetter weather, worms will head to the surface, and moles use their upper tunnels to follow them.

In order to survive, moles need to eat roughly twenty worms per day, which is why they spend all of their time digging elaborate tunnel complexes. Unfortunately for homeowners, they will destroy your garden as they go about it, ruining your lawn and flowerbeds without a second thought.

Apart from their breeding season, moles are commonly most active during the autumn and winter seasons. This is because they need a large amount of energy, and therefore food, to keep themselves warm and survive the colder temperatures. 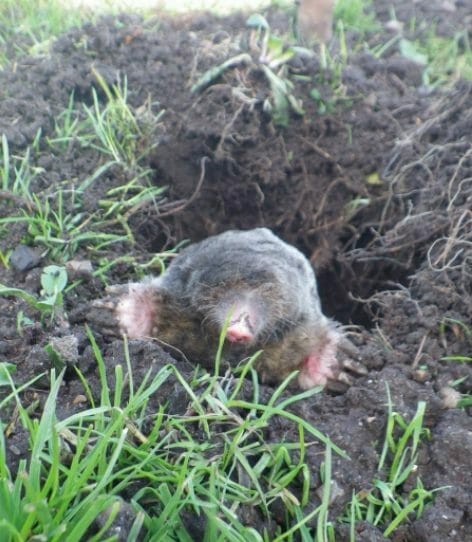 Did you know: Despite popular opinion, moles are not, in fact, blind! This myth originates from cartoons and caricatures; in reality, moles can see. However, their eyesight is very poor due to spending almost all of their lives underground in the dark.

They have a number of unique features which make them well adapted to life underground. For example, moles do not have external ears. Instead, they hear through internal ears located just above their shoulders. They also have hair on their tails which acts as a feeler gauge, allowing them to know where the top and sides of a tunnel are at all times.

It’s clear to see that moles are clever yet destructive animals. Therefore DIY mole control is simply not possible; instead, we recommend you leave it to the professionals. Call your local Maidstone mole catcher now on 01622 296055 to book your site survey and get rid of your mole problem swiftly and effectively.

As well as removing garden moles from domestic properties, we also offer commercial mole control services to businesses across Maidstone and the surrounding areas of Kent.

We’ve helped numerous businesses that have fell victim to the damage caused by moles, removing moles from locations including farms, schools, golf courses, and sports fields. If your business revolves around large open spaces, then you could be at risk of a mole problem. 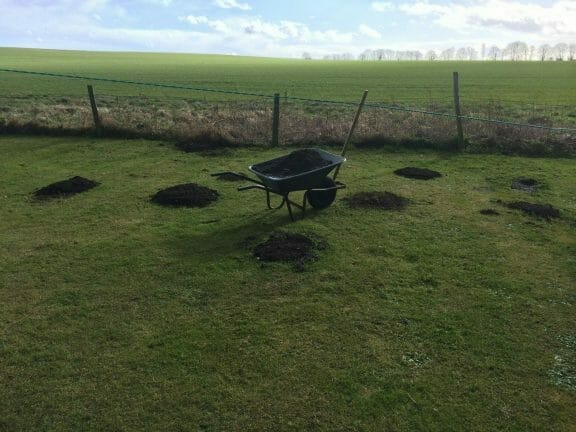 Once moles have moved in on your property, they will cause extensive damage to your land. Damage that will require costly repairs to rectify and could even result in the closure of your business! Pest problems also have a negative impact on the reputation of your business, sending potential customers elsewhere and thereby affecting your potential profits.

If you’ve noticed signs of moles on your commercial premises in Maidstone, then it’s time to contact Pest-Tech for help. Call now on 01622 296055 or email the team at admin@pest-tech.org for a quote or to book your site survey.

Local Mole Control Near You

In need of a mole control service? We’re here to help. Discover the areas we cover today or speak to a member of our team on 01622 296055 now to book your mole control treatment and site survey.

Pest-Tech have carried out hundreds of mole control services in Maidstone, so you can be confident that you’re in the hands of experts. If you’ve noticed signs of moles on your domestic or commercial property, then time is of the essence, and you require the service of a mole control professional who services Maidstone and the surrounding areas of Kent.

Suspect you have Moles?
Call in PEST-TECH 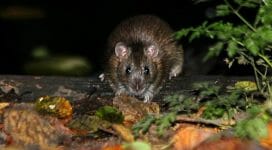 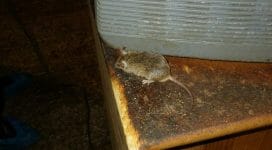 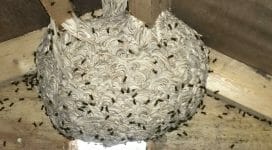 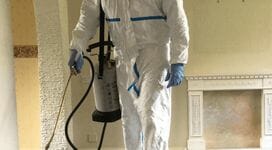 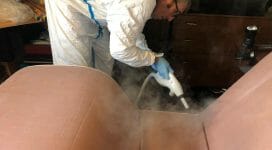 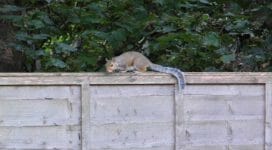 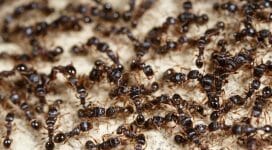 What you need to know about Ant Removal 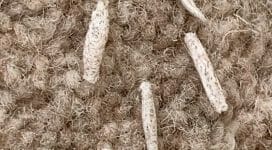 What you need to know about Carpet Moths 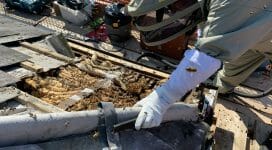 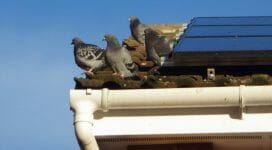 What you need to know about Pigeon Control 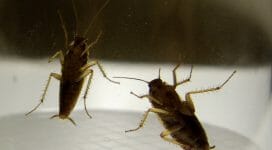